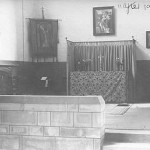 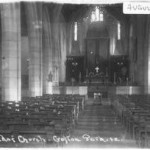 CHURCH TOWARDS THE EAST
The chancel wall and gates were removed in the 1970s. 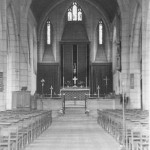 NAVE AND CHANCEL
Note the chairs arranged in the widely spaced aisles as originally designed. This was a particular feature of the church as designed. However the design had not allowed good views of the high altar from the side aisles and so the chairs were later moved to a more central position. 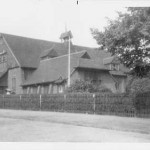 CHURCH HALL
Used as the church at first and then extended to provide Sunday school rooms. 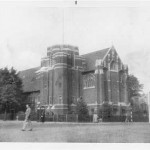 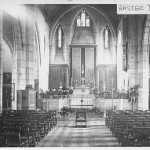 EASTER DAY 1938
Clear view of the chancel, now with wooden pulpit placed in front of the original reading ambo. Also note the one sanctuary lamp in front of the reredos.